Funny images of Katy Perry and Cara Delevin: twin sisters for a haircut

Both celebrities appeared on Chanel’s shows with a “pixy” haircut in the most actual hair color of the current season – the platinum blond. 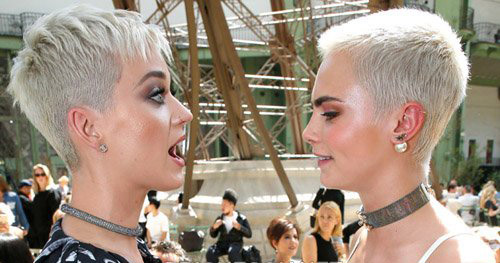 High fashion always leaves us pictures for memories … and not just from the podium. It seems that the twins imagined us! No, of course, our perception was “Confused” by Katy Perry and Kara Delevin.

In fact, the face of the singer at the meeting with the model, as if, expresses surprise. Why? Their hairstyles are almost identical, both in cuts and in color.

Undoubtedly, the images of these celebrities were among the brightest among the guests from the front rows during the show of the collection of the Chanel Fashion House, held on July 4 in Paris at the Fashion Week. 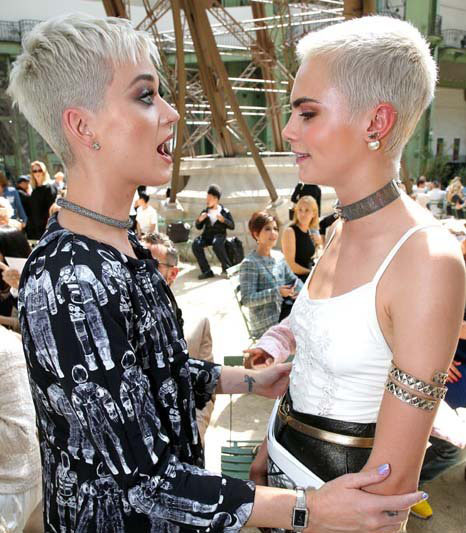 And the fact is that by shortening the hair almost to zero, and the singer and top model proved that they are not afraid to change and make a decision in favor of radical changes in appearance. Celebrities shone with super short hairpins. More even hair length in the case of Kara Delevin, who shaved them off two months ago. 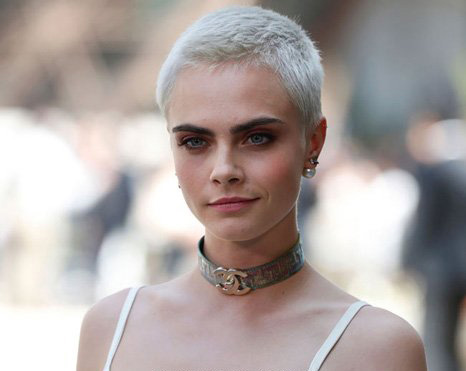 While Katy Perry has a hairstyle with a cut bangs. 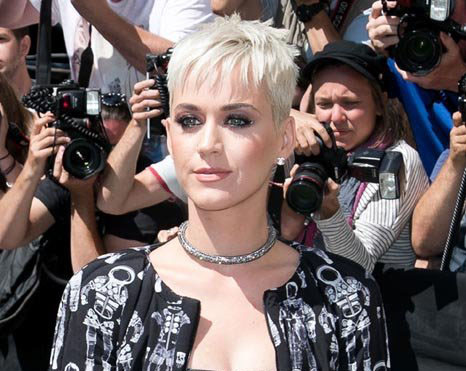 But the coincidence in the appearance of these “twin sisters” consisted not only in the length of the hair, it also concerned the color of the hair. It was identical, both had a light almost “platinum blond”. The color, which seems to have turned into one of the most fashionable shades of hair among celebrities. Obviously, Katy Perry and Cara Delevin have become the center of attention in the city on the Seine.